Tatts, as he was known by the senior rugby players, helped launch Friends of Rugby (FRoRGS), and thanks to this, Colin led major tours to both South Africa and Australia. 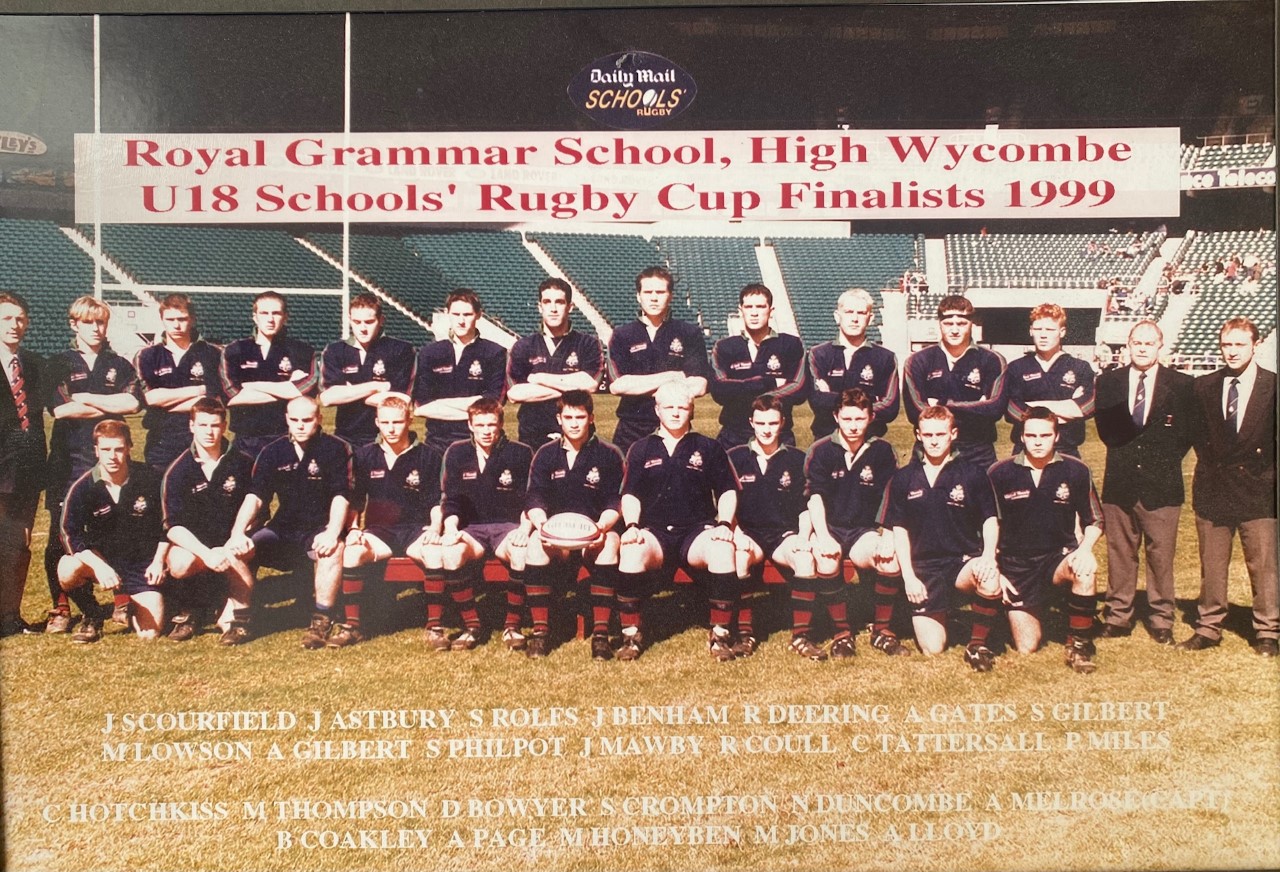 Colin Tattersall joined the RGS back in 1984 to teach PE, having graduated from St Luke's College Exeter, and having previously taught at Verulam School, St Albans. Colin was most noted for his work with the rugby teams but also helped teams to reach national finals in swimming, cricket and athletics.

Colin was instrumental in the school's growth from a good rugby playing school in the county to the top rugby playing state school in the country. No fewer than seven of the sides that Colin was involved with, went on to play at Twickenham in the Daily Mail Final. From 1999 Colin also coached the England U16 side, having coached both the South West and London Divisions at this age group.

Tatts, as he was known by the senior rugby players (amongst other less savoury names, depending on selection), also helped launch Friends of Rugby (FRoRGS), and thanks to this, Colin led major tours to both South Africa and Australia. Former OW Matt Dawson (Lions, England, Wasps & Saints) came to the Sportsman's Dinner 2003 to pay tribute to Colin and the hard work that he put in over the past 19 years. No fewer than 30 RGS boys have achieved international honours at differing age groups in this period of time. He was also responsible for the emergence of the late Nick Duncombe, who became England's youngest post-war scrum half before his tragic death in 2003.

He was famous for his safe, slow driving of the school minibuses and his trip to Twickenham to a national final with a full squad of players and no shirts.

Tatts will be sorely missed and those staff and boys who travelled to South Africa, Australia or the far reaches of Ipswich on a wet weekend in October will remember him fondly.

Tatts was a regular visitor to RGS to cheer on the 1st XV, particularly as his son Simon figured prominently in the senior side in 2004.

Colin passed away on Monday 6th December 2021 after a 25 year battle with cancer.  His family are hugely proud of the resilience, character and humour that Colin showed throughout his treatment and right up until his death even managing to watch his beloved Chiefs beat Saracens!

His funeral will be held on Monday 20th December at 1:30pm and they are asking that anyone who would like to attend, contacts Simon (07725581911) or by DM ASAP so that this can be planned. There will also be a live stream of the service.

Rather than flowers, as a family they have decided to set up a fundraising page for ELF (Exeter Leukaemia Fund) which is a charity very close to Colin’s heart.  ELF is a charity providing vital support to patients with blood cancer at the Royal Devon and Exeter Hospital.  Please find the link below. Philip Wayne, Headmaster said: "Shiv was a wonderful lad, kind, caring, humorous and very able. He had a place at Cambridge to study medicine. What a fine doctor he would have made… More... Tom was a singer-songwriter and brother of Dusty Springfield, with whom he formed the Springfields, the first British si… More... Brian was interested in everything, and especially other people.  He treated everyone with whom he had contact as equals… More... Philip Wayne, Headmaster said: "Shiv was a wonderful lad, kind, caring, humorous and very able. He had a place at Cambridge to study medicine. What a … More...